On a personal note, I’d love to thank Central Valley Community Church for their support over the years. When I was in seminary, I attended CVCC helping in the Kids’ Zone. As a church planter in Japan, now, I am thankful for that experience, being part of CVCC at the beginning, and the wisdom I gained from the successes and challenges of church planting in Hartford, SD. CVCC, thank you for your participation in my life and ministry! 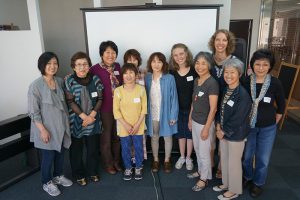 Shan Reed was raised in South Dakota in a family rooted deeply in God. Growing up going to church almost every time the doors were open, Shan had many opportunities to observe God’s family as the body of Christ working to share Jesus’ love in their church, in their families, and in their community. These experiences led her to acknowledge Jesus as her Savior and to be baptized when she was ten years old at her home church, West Center Baptist Church in Madison, South Dakota.

Years of Sunday school, youth group, VBS, and youth camps along with modeling from her parents gave Shan a solid foundation in her faith. During this time of faith development, her family invited students from Japan to stay in their home during a summer English study program. Learning about Japan from these students opened her eyes to an amazing world (Can you think of anything more opposite of South Dakota than Tokyo, Japan!?!). It was during her junior high and high school years when God began to develop in Shan the desire to go to Japan someday.

University found her studying elementary education in Minnesota followed by a move to Texas, her first cross-cultural experience, for a teaching job after graduation. Five years in Texas built on the solid foundation of her faith through involvement in her local church, First Baptist Church, Copperas Cove, TX, as well as involvement in the school and community. Shan’s confidence in Jesus grew, and she began to experience the tug to go to Japan. 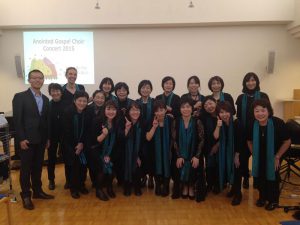 Late August of 1996, Shan stepped off the train in Tsu, Japan, excited about the adventure that lay ahead. Without knowing more than twenty words of Japanese or even where her apartment was, she knew she was home. This was the place God had been preparing her to share His love. Two years of teaching English in homes, businesses, and churches whet her appetite for ministry in Japan.

After returning to the U.S., Shan attended North American Baptist Seminary, now Sioux Falls Seminary, and studied Educational Ministries. Then, just weeks before Thanksgiving in 2001, she got back on a plane to return to more adventures in Japan, the first of which was language school in the mountains of Nagano. Shan has lived in Kyoto and Osaka since graduating from the language school. Currently, she calls Izumi, Osaka home, a suburb of Osaka City. It is a long way from the small town in South Dakota where she grew up, and yet it is right where God has called her to be.

Shan has the privilege of being on a church planting team with Paul and Melissa Ewing and working closely with Yuri Nakano. Komyo Christian Church was started in 2009 as a church plant of the Japan Baptist Conference, NAB’s sister conference in Japan. She is loving the challenge of leading two Bible studies, one in Japanese and one in English along with other Bible studies, teaching English, leading ladies’ seminars on spiritual growth, and, generally, helping with all aspects of church life.

Outside of church Shan enjoys participating in a gospel choir at a local community center and building relationships with the ladies from choir as well as others she has met elsewhere. God is at work in Japan as He continues to draw people to Himself, leading people to deeper faith in Him, and bringing glory and honor to His name.